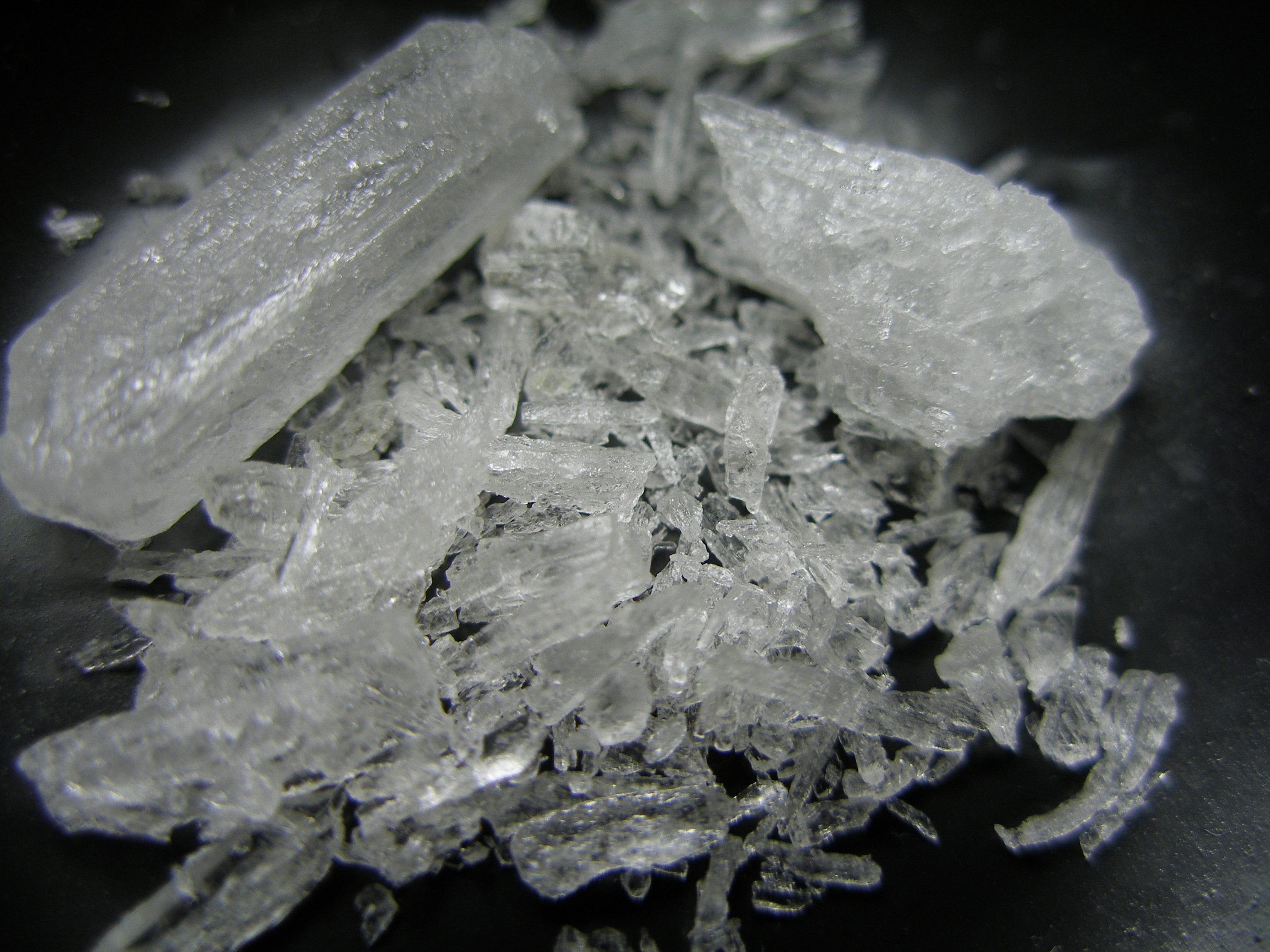 Meth addiction is a very serious and sometimes life threatening dilemma. Not only is it difficult for the addict, it is extremely hard on those around them who care about them. For the addict, admitting they have an addiction problem can be difficult. However painful this may be, it must be acknowledged as the first gradient to overcoming the problem. The next hurdle is being willing to seek & accept help from an addiction professional. It can be hard for an addict to confront the fact that they can not do it alone. Once this fact is accepted, it is time to seek the appropriate professional treatment. Drug rehab programs based on the social education modality are highly successful. This means that individuals who are recovering from Meth addiction are not made wrong for their past indiscretions, but are taught how to avoid future ones. They are provided with knowledge on how to change their lives and how to live comfortably without Meth. Receiving treatment for addiction should be done in a safe & stable environment that is conducive to addiction recovery. Research studies show that residential treatment programs of at least 12 months in duration have the best success rates. 12 months may seem like a long time, but one day in the life of an individual addicted to Meth can feel like an eternity. Addiction is a self imposed hellish slavery. The chains can be broken people do it everyday. You can be free!

Drug rehabilitation is a multi-phase, multi-faceted, long term process. Detoxification is only the first step on the road of addiction treatment. Physical detoxification alone is not sufficient to change the patterns of a drug addict. Recovery from addiction involves an extended process which usually requires the help of drug addiction professionals. To make a successful recovery, the addict needs new tools in order to deal with situations and problems which arise. Factors such as encountering someone from their days of using, returning to the same environment and places, or even small things such as smells and objects trigger memories which can create psychological stress. This can hinder the addict’s goal of complete recovery, thus not allowing the addict to permanently regain control of his or her life.

Almost all addicts tell themselves in the beginning that they can conquer their addiction on their own without the help of outside resources. Unfortunately, this is not usually the case. When an addict makes an attempt at detoxification and to discontinue drug use without the aid of professional help, statistically the results do not last long. Research into the effects of long-term addiction has shown that substantial changes in the way the brain functions are present long after the addict has stopped using drugs. Realizing that a drug addict who wishes to recover from their addiction needs more than just strong will power is the key to a successful recovery. Battling not only cravings for their drug of choice, re-stimulation of their past and changes in the way their brain functions, it is no wonder that quitting drugs without professional help is an uphill battle.

Q) What is Methamphetamine?

Q) How widespread is Methamphetamine addiction?

A) Methamphetamine use has spread to all areas of the United States and continues to be on an upswing. Estimates from the Drug Abuse Warning Network (DAWN) indicate that methamphetamine-related emergency room episodes increased 346 percent from 1991 to 1995.

Q) What are the effects of Methamphetamine addiction?

A) A methamphetamine-induced “high” artificially boosts self-confidence, many users are overcome by a so-called “superman syndrome.” In this state, methamphetamine abusers ignore their physical limitations and try to do things which they are normally incapable of performing. Meth is highly addictive because people often continue using the drug to avoid an inevitable crash that comes when the drugs’ positive effects begin to wear off. Even first time users experience many of meth’s negative effects.

Methamphetamine’s negative effects include, but are not limited to, the following:

Methamphetamine stimulates the central nervous system, causing chemical reactions in the brain and tricking the body into believing it has unlimited energy supplies and draining energy reserves needed in other parts of the body. This is why meth addicts tend to stay awake for long periods of time and then eventually crash, feeling tired, depressed and much worse than they did before they took the drug. Chemical imbalances in the brain and sleep deprivation commonly associated with continued meth use result in hallucinations, extreme paranoia and often bizarre, violent behavior.

Meth causes extensive damage to the body, and can cause death or permanent physical damage.

Physiological effects of methamphetamine use include:

Similar to other drug substances, smoking and inhaling meth damages the lungs and nasal passages, and intravenous use can lead to spread of the AIDS virus.

The drug appeals to the abuser because it increases the body’s metabolism and produces euphoria, alertness, and gives the abuser a sense of increased energy. But high doses or chronic use of meth, also known as “speed,” “crank,” and “ice,” increases nervousness, irritability, and paranoia.

Q) How is Methamphetamine used?

A) Methamphetamine addiction has three stages:: low intensity, binge, and high intensity. The binge and high-intensity abusers smoke or inject meth to achieve a faster and stronger high; the patterns of abuse differ in the frequency in which the drug is abused and the stages within their cycles.

The binge abuse cycle is made up of these stages: rush, high, binge, tweaking, crash, normal, and withdrawal.

Binge (3-15 days) -The methamphetamine addict maintains the high for as long as possible and becomes hyperactive, both mentally and physically.

Tweaking -The most dangerous stage of the cycle. See section below.

Crash (1-3 days) -The addict does not pose a threat to anyone. He becomes very lethargic and sleeps.

Normal (2-14 days) -The abuser returns to a state that is slightly deteriorated from the normal state before the abuse.

Withdrawal (30-90 days) -No immediate symptoms are evident but the abuser first becomes depressed and then lethargic. The craving for methamphetamine hits and he may becomes suicidal. Taking methamphetamine at any time during withdrawal can stop the unpleasant feelings so, consequently, a high percentage of addicts in treatment return to abuse.

High-intensity abusers, often called “speed freaks,” focus on preventing the crash. But each successive rush becomes less euphoric and it takes more meth to achieve it. The pattern does not usually include a state of normalcy or withdrawal. High-intensity abusers experience extreme weight loss, very pale facial skin, sweating, body odor, discolored teeth and scars or open sores on their bodies. The scars are the results of the abusers’ hallucinations of bugs on his skin, often referred to as “crank bugs,” and attempts to scratch the bugs off.

The most dangerous stage of meth abuse for abusers, medical personnel, and law enforcement officers is called “tweaking.” A tweaker is a methamphetamine addict who probably has not slept in 3-15 days and is irritable and paranoid. Tweakers often behave or react violently and if a tweaker is using alcohol or another depressant, his negative feelings and associated dangers intensify. The tweaker craves more meth, but no dosage will help re-create the euphoric high, which causes frustration, and leads to unpredictability and potential for violence.

A tweaker can appear normal: eyes can be clear, speech concise, and movements brisk. But a closer look will reveal the person’s eyes are moving ten times faster than normal, the voice has a slight quiver, and movements are quick and jerky. These physical signs are more difficult to identify if the tweaker is using a depressant.

Tweakers are often involved in domestic disputes and motor vehicle accidents. They may also be present at “raves” or parties and they may participate in spur-of-the-moment crimes, such as purse snatchings or assaults, to support their habit.

Q) Where does Methamphetamine come from?

A) Methamphetamines can be produced virtually anywhere. Motel rooms, trailer parks, and suburban homes can all be turned into clandestine “meth” labs capable of producing substantial quantities of the drug. The technical know-how needed to produce methamphetamines can easily be found on the internet. These peculiarities make the production of methamphetamine unique, and especially difficult to control. Recent analyses have indicated that methamphetamine from these labs can be as high as 97-99 percent pure.

About the only thing that stands in the way of widespread production and distribution of methamphetamine is the limited availability of the chemicals required to make it. Ephedrine and hydriotic acid, two components of methamphetamine, are tightly controlled in the United States. Yet the recent surge in methamphetamine use suggests that drug traffickers are finding ways around this impediment.

Q) When did Methamphetamine abuse start?

A) Amphetamines – Amphetamine, dextroamphetamine and methamphetamine are collectively referred to as amphetamines. Their chemical properties and actions are so similar that even experienced users have difficulty knowing which drug they have taken.

Amphetamine was first marketed in the 1930s under the name Benzedrine in an over-the-counter inhaler to treat nasal congestion. By 1937, amphetamine was available by prescription in tablet form and was used in the treatment of the sleeping disorder narcolepsy and something called minimal brain dysfunction (MBD), which today is called attention deficit hyperactivity disorder (ADHD). During World War II, amphetamine was widely used to keep the soldiers going. During this period, both dextroamphetamine (Dexedrine) and methamphetamine (Methedrine) became easily available.

As use of amphetamines spread, so did the tendency to become addicted. Amphetamines became a cure-all for helping truckers to complete their long routes without falling asleep, for weight control, for helping athletes to perform better and train longer, and for treating mild depression. Intravenous amphetamine abuse spread among a subculture known as “speed freaks.” As time went on, it became evident that the dangers of abuse of these drugs outweighed most of their therapeutic uses.

Illegal drugs are very dangerous because they can cause damage to an individual’s brain, heart,…

Alcoholism treatment is the solution for individuals who have a serious problem with alcohol. There…

Club drugs are often take at raves. “Raves” are large dance parties which are held…