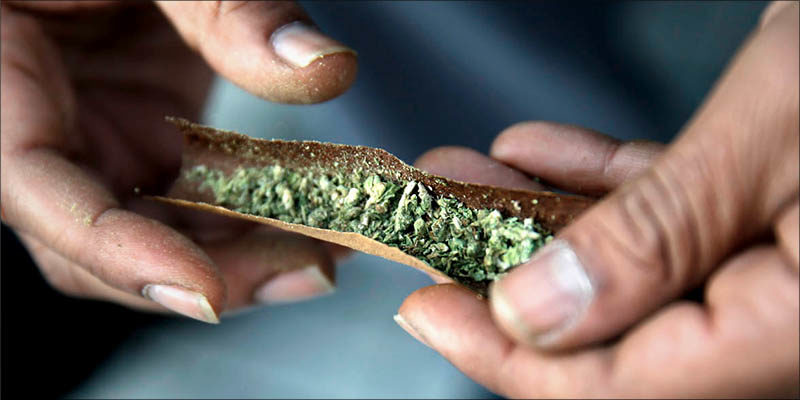 Most users roll loose marijuana into a cigarette (called a “joint”).

Effects of smoking marijuana are felt within minutes, reach their peak in 10 to 30 minutes, and may linger for two or three hours.

Marijuana is the most often used illegal drug in this country.

Marijuana decreases the body’s ability to fight diseases is weakened.

Generally, traces (metabolites) of THC can be detected by standard urine testing methods several days after a smoking session. However, in heavy chronic users, traces can sometimes be detected for weeks after they have stopped using marijuana.

In 1995, 165,000 people entering drug treatment programs reported marijuana as their primary drug of addiction, showing they need help to stop using the drug.

Smoking marijuana causes some changes in the brain that are like those caused by cocaine, heroin, and alcohol.

People who smoke marijuana often develop the same kinds of breathing problems that cigarette smokers have: coughing and wheezing. They tend to have more chest colds than nonusers. They are also at greater risk of getting lung infections like pneumonia.

Delta-9-tetrahydrocannabinol or THC, one of nearly 400 chemicals in a hemp plant, accounts for most of marijuana’s psychoactive, or mind-altering, effects. The strength of the drug is determined by the amount of THC it contains.

THC suppresses the neurons in the information-processing system of the hippocampus, the part of the brain that is crucial for learning, memory, and the integration of sensory experiences with emotions and motivation.

Marijuana is classified as a “psychotropic” or “psychoactive” drug and is highly addictive for some individuals.

Marijuana has a strong and distinct odor that is not easy to wash off and that can remain on the breath despite repeated brushing.

You can get high from second hand marijuana smoke.

Because it is part of the illegal drug trade and is the most widely used illegal substance in North America, marijuana is a major contributor (directly and indirectly) to petty crime and drug related violence.

Some scientific studies have found that babies born to marijuana users were shorter, weighed less, and had smaller head sizes than those born to mothers who did not use the drug.

Studies have shown that marijuana lowers testosterone levels in men.

Marijuana use can also lower sperm counts possibly resulting in difficulty in having children.

Females who use marijuana, over time, increase their levels of testosterone which can result in increased facial hair and acne, and may adversely affect reproductive functioning in women.

Marijuana is the most frequently used illegal drug in the United States. Nearly 69 million Americans over the age of 12 have tried marijuana at least once.

Methamphetamine is the name of the drugs commonly known on the street as Meth, Crystal…

The effects of long-term MDMA use are just beginning to undergo scientific analysis. In 1998,…